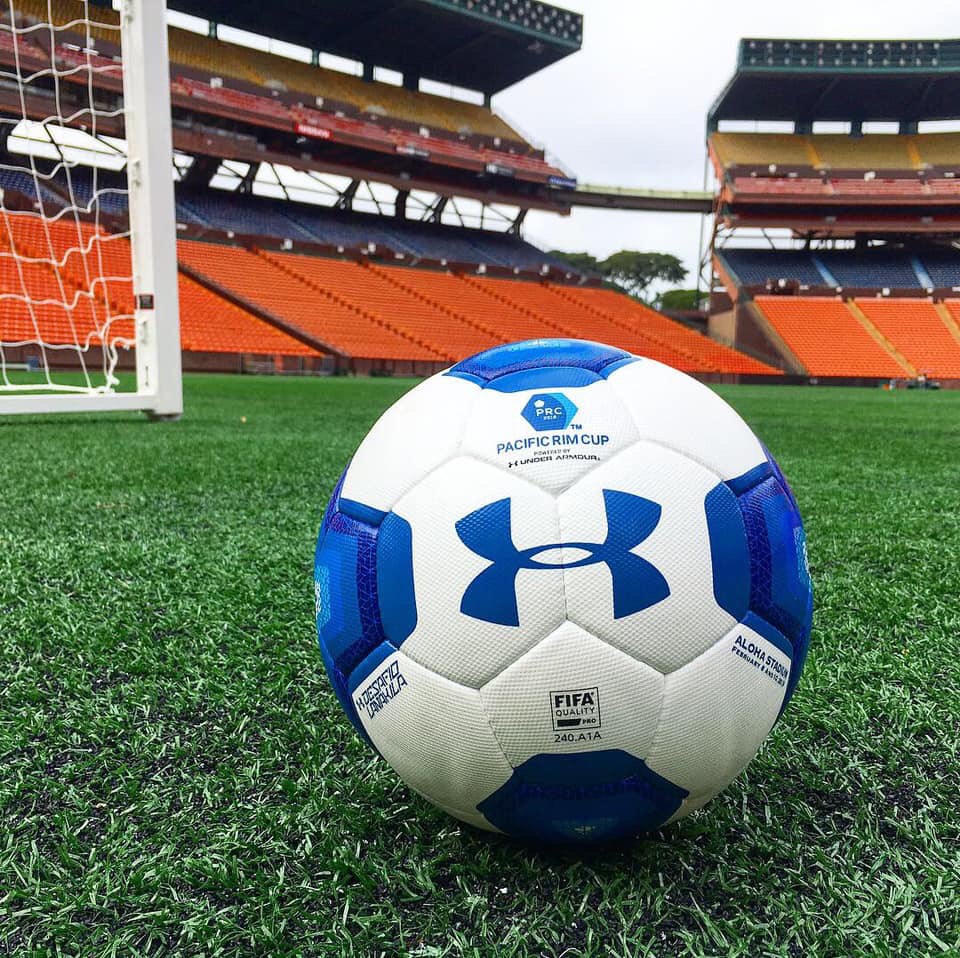 HONOLULU – Pacific Rim Cup 2019 today unveiled the Official Under Armour Match Ball that will be used during the second edition of the tournament featuring teams from Major League Soccer and Japan’s J-League taking place Feb. 8-10 at Aloha Stadium in Honolulu, Hawaii.

The FIFA-approved match ball is named DESAFIO LANAKILA, with a goal of connecting and spreading the Hawaiian culture around the world. Desafio is the Portuguese word for ‘challenge,’ and Lanikila is a Hawaiian word for ‘victory or triumph.’

This ball will be used during the tournament and practices by the participating teams – Vancouver Whitecaps, V-Varen Nagasaki, Iwaki FC, and Real Salt Lake, as well as the local Hawaii All-Star team from the MISO league and Fukushima Hamadori Selection U18.