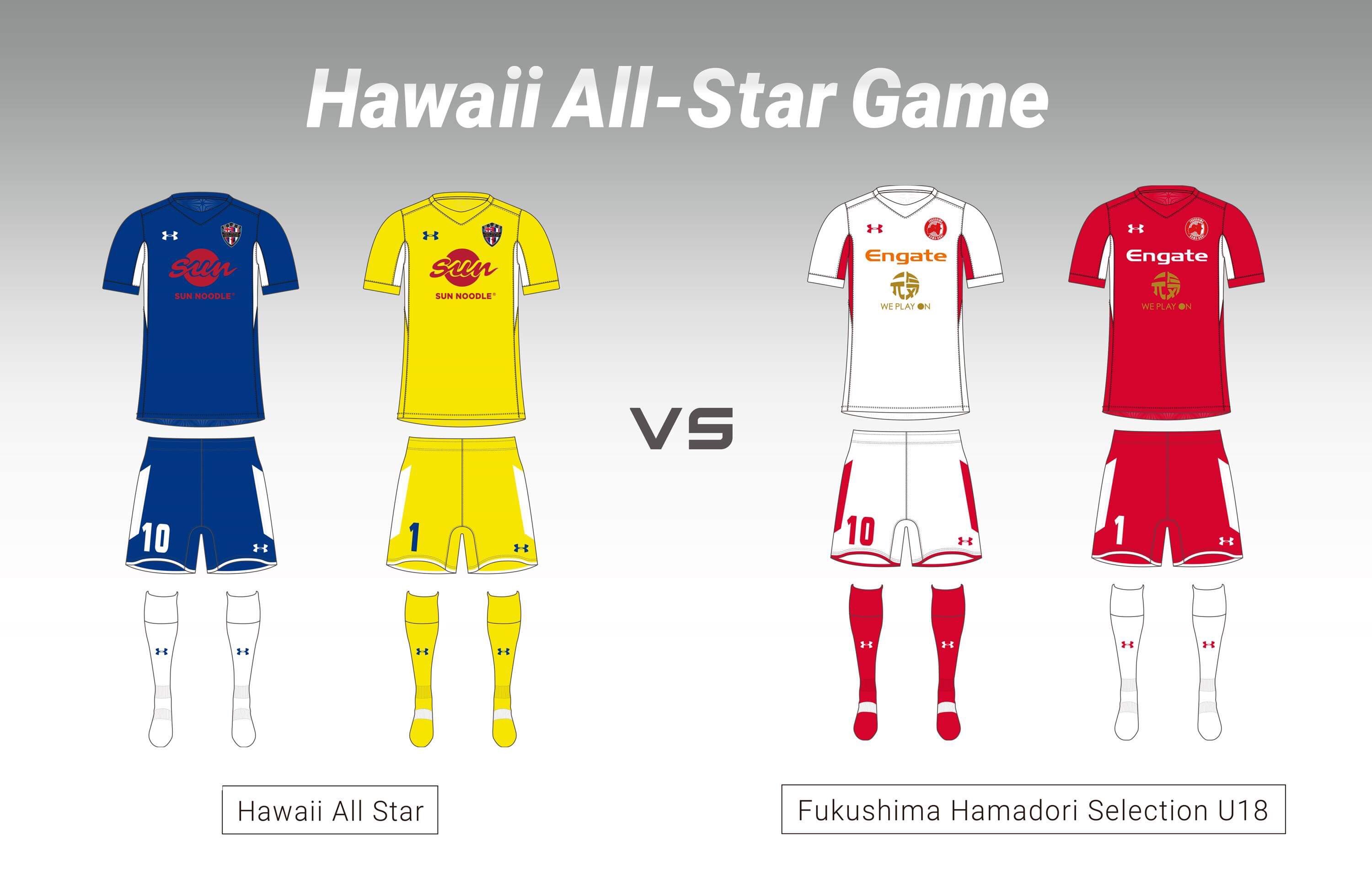 HONOLULU – Pacific Rim Cup 2019 Powered by Under Armour today announced the roster for the inaugural Hawaii All-Star Game, a new component for the two-day tournament featuring young players from Oahu’s Major Island Soccer Organization (MISO) taking on a U-18 selection from Fukushima, Japan.

“Pacific Rim Cup is proud to provide an opportunity for these young gentlemen from Hawaii and Japan to play during the tournament,” said Takehiko Nakamura, President of Blue United Corporation and Tournament Organizer. “The Hawaii All-Star Game helps us continue to fulfill our commitment of providing soccer youth, especially in Hawaii and Japan, with opportunities to advance their skills and move them forward into the future.”

The Hawaii team will wear jerseys with sponsor logo from Sun Noodle.

“As a proud Hawaii company, Sun Noodle is dedicated to giving back to the community as they have supported and shared their aloha since its humble beginnings in 1981,” said Hidehito Uki, President and Founder of Sun Noodle. “The Blue United is a dynamic organization with a vision that is aligned with Sun Noodle, which is to bring opportunities to inspire and encourage Hawaii's youth community to dream big and persevere.”

The Iwaki Soccer Association and Iwaki FC management team chose the Fukushima Hamadori Selection U18 from the top high school and club players in the Iwaki City/Fukushima, where Iwaki FC is based.

The Japan team will wear a jersey in honor of its hometown. Iwaki City is just one of more than 10 cities located in the Fukushima Prefecture of Japan that was devastated by the 2011 Tohoku earthquake and tsunami. Similar to Iwaki FC’s jersey, it includes a logo with message in Japanese that translates to “We Play On,” in memory of the victims who suffered from the 2011 tragedy. Additionally, the special jersey also features the Engate logo as a sponsor.

“Through this partnership, we are really proud of supporting for the youth players from Fukushima to have a dream and challenge to play at the international match in Hawaii,” said Engate CEO Koichiro “Kidox” Kido. “At Engate, we provide services that enable fans to support the teams and players from anywhere in the world using the power of technology.”

Tickets are on sale now for Pacific Rim Cup 2019 on Feb. 8 and 10 and can be purchased online through www.pacificrimcup.com, at www.Ticketmaster.com, at the Aloha Stadium Box Office or by calling Ticketmaster at 1-800-745-3000. Tickets are $20 per matchday, with Youth (Ages 12 and under), Military and Seniors (Ages 60 and over) tickets available for $15 per day. A special limited time ticket offer for both days combined is available for $30.

Established in February 2018 as a start-up company, Engate connects people and their dreams through the power of technology. It provides services that utilize edgy technology like Blockchain, and among other activities, develops software, and provides consulting for ICT implementation. Engate aims to bring new experiences to market. For more information, visit https://engate.co.jp/en/.